Our business is not just about helping you buy the right CPAP machine. We provide the guidance and support you need to adapt to CPAP treatment as prescribed by your doctor. 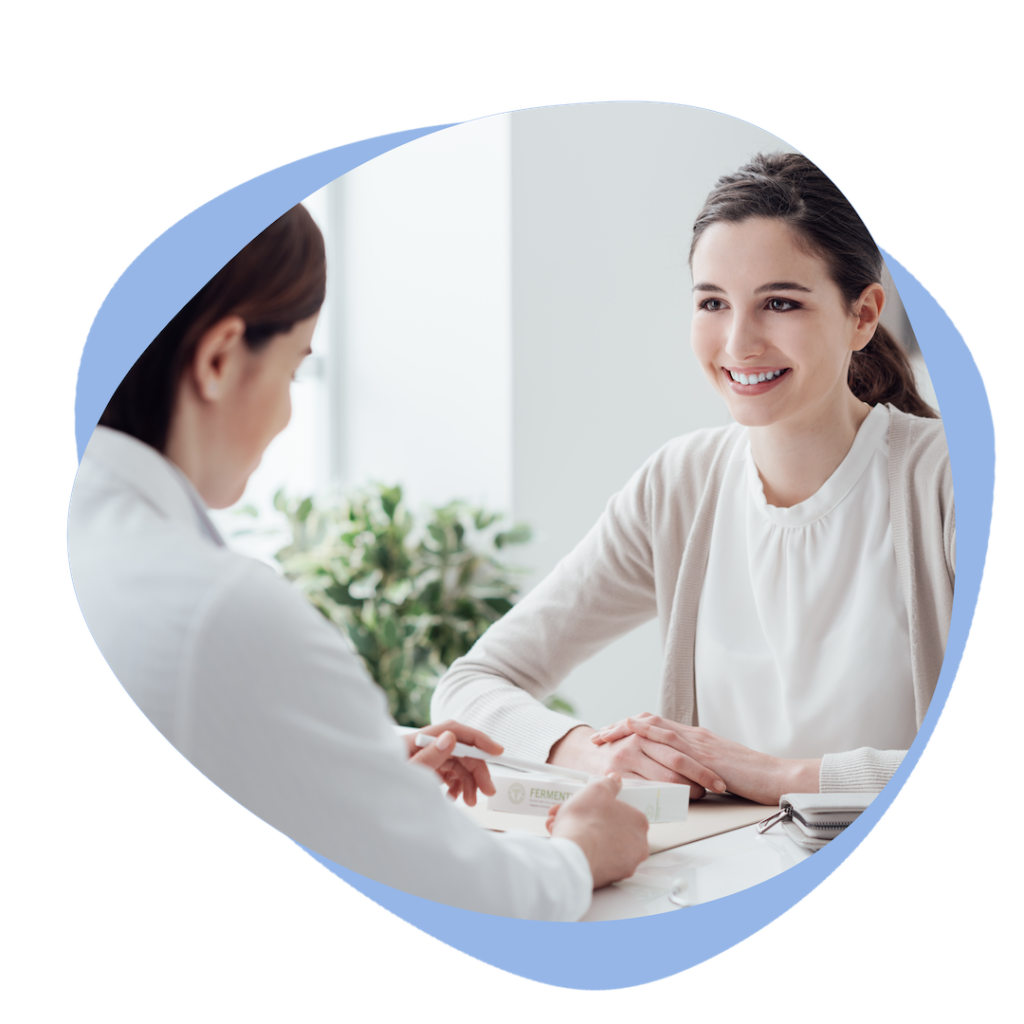 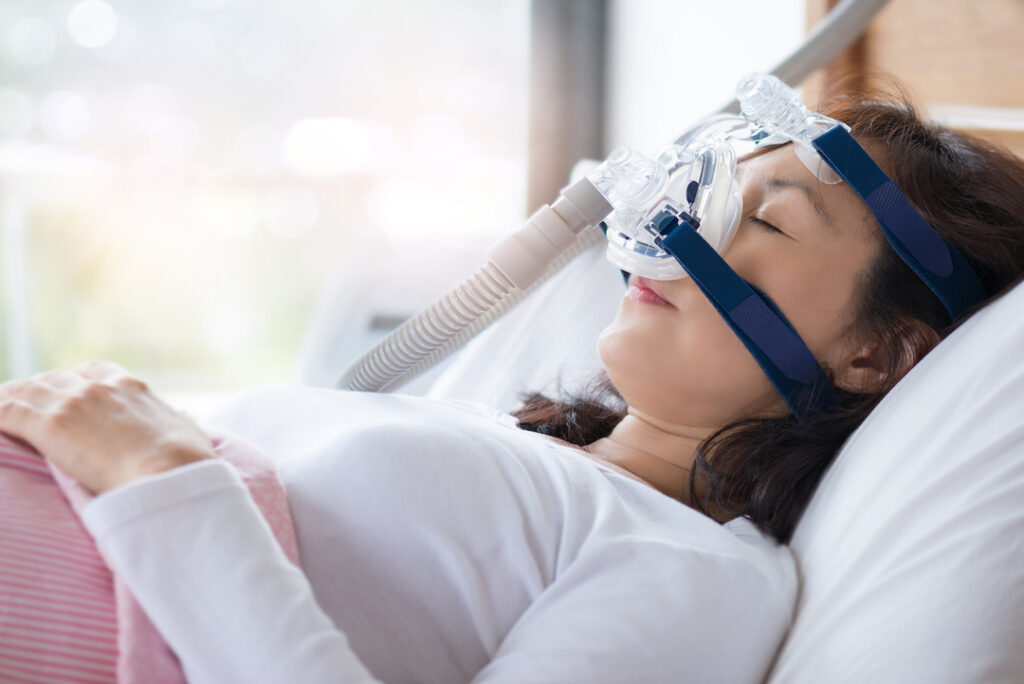 Our business is centred around your long-term treatment success. 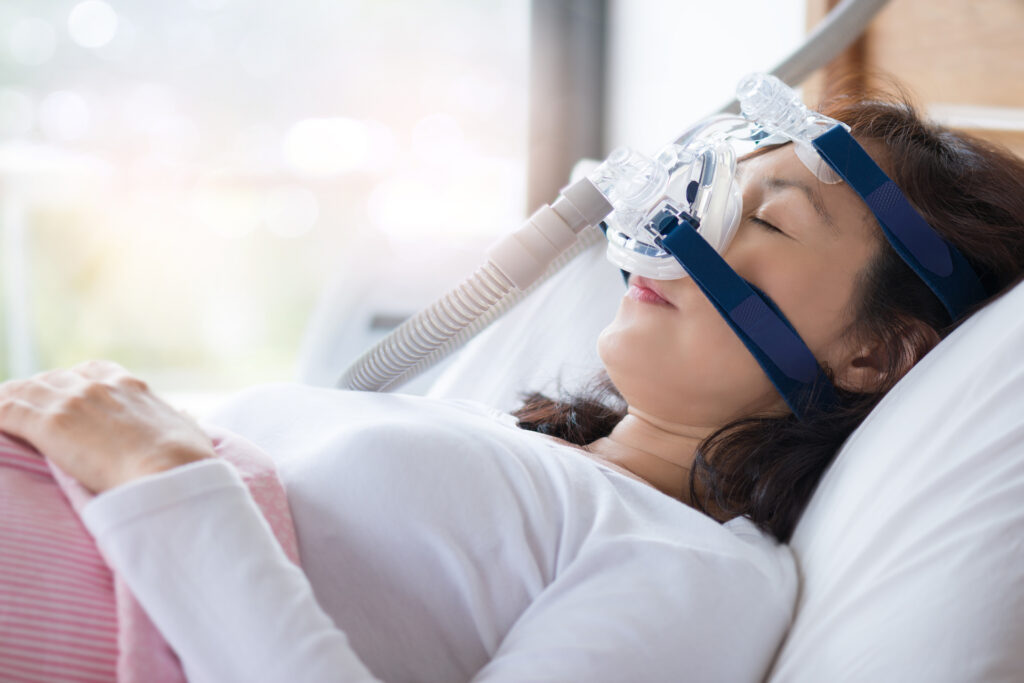 Our business is centred around your long-term treatment success.

We choose the best products to ensure successful long-term treatment.

Your steps to success

Learn how to use your quality CPAP
machine paired with the right mask.

Learn how to use your quality CPAP machine paired with the right mask.

Learn how to use your quality CPAP machine paired with the right mask.

What is CPAP treatment?

These are some great articles to give you an overview of CPAP treatment.

OSA is a long-term condition and you may need lifelong treatment to control the symptoms. There are effective treatments and changes you can make to improve your wellbeing.

Continuous positive airway pressure (CPAP) is the most effective treatment if you have moderate to severe OSA.

Diagnosis and Treatment of Obstructive Sleep Apnea in Adults 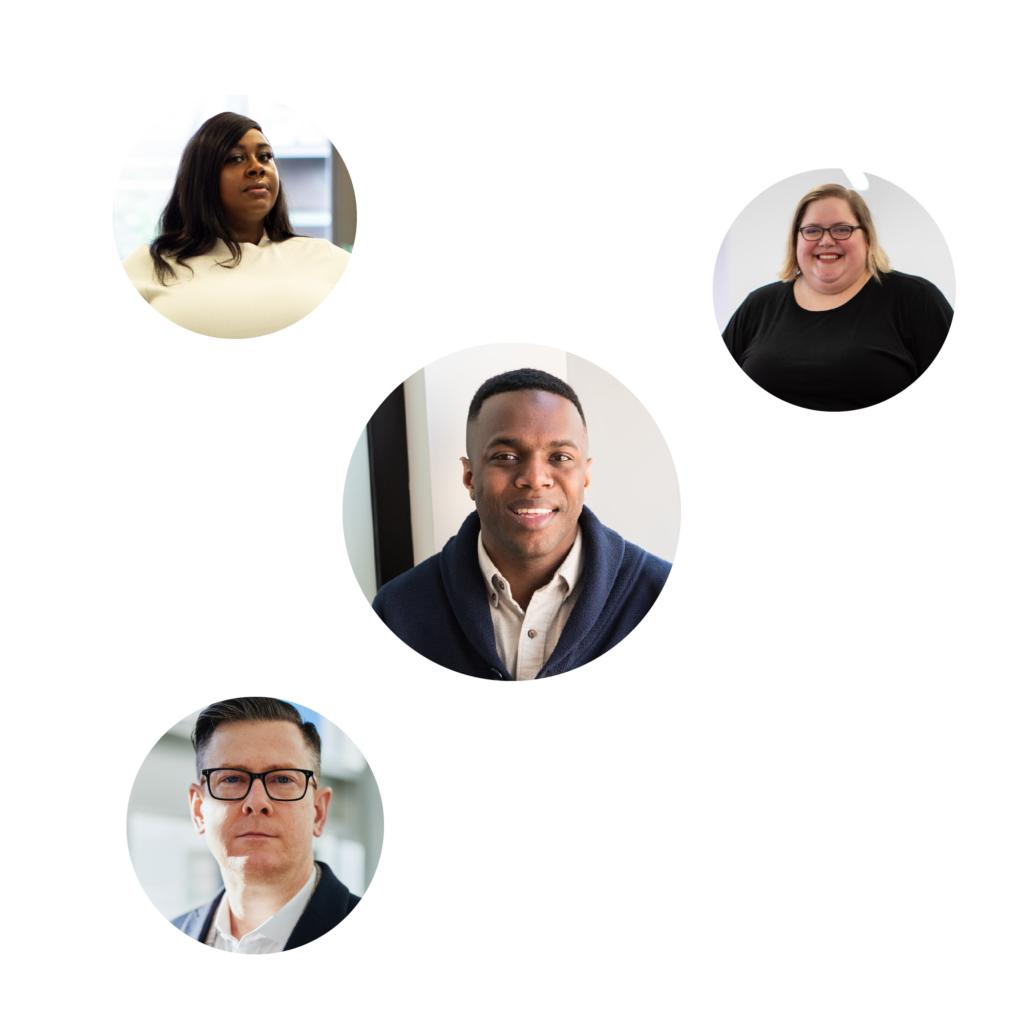 What do our customers think?

Wow! What a strange journey this has been. Finding out that I have sleep apnea was quite a surprise. I didn't know what this really meant or how it affected my health until you explained.


I cannot put into words the gratitude I feel towards you. You were so patient with me, explaining everything until I had a clear picture and understanding. You fought for me when my Medical Aid was no help at all.

You didn't know me and yet you were the one who kept on trying to help even when I felt like just giving up. I have never experienced such service and commitment from anyone. You fought to save my life and because of you I'm excited about the future. You are one of a kind and I pray that everyone who has this condition find their way to you because you have a heart that wants to help.

Thanks for the support and guidance during my journey. I appreciate the various emails and telephone calls to follow up. I have only used the CPAP machine now for 4 nights. Last night was one of the best night’s sleep I had in years. I woke for the first time at 4h00 this morning, compared to lying awake most nights from 12h00.

For the most part I am comfortable and not disturbed by the mask, the pipe or the machine’s rhythm. My husband is still helping me to adjust the mask and I will have to keep at it until I get the hang of it myself. I do wake at night with stomach cramps, bloating and winds. If you have any experience or advice in alleviating this, it will be appreciated.

I wanted to give you an update on the CPAP machine you supplied me. It’s fantastic and I am feeling completely re-energised. The one dissatisfaction I have is that I asked for a full-face mask with the machine and I was sent the nose-only mask. So, can you please send me a full-face mask with invoice by courier please to my home address.

I have never had such amazing service from any company before. No matter how many emails I sent, the response was immediate. Whenever I phoned, the service was always outstanding, never too much trouble and always extremely courteous, most considerate and very helpful in dealing with my medical aid. I applaud your exceptional customer service.

Good good! Already I have much more energy and feeling more alive. Managing well with the Cpap machine. I kind of run out of steam mid-afternoon but realize to totally recover from months and years of sleep apnea, there is a lot of sleep to catch up. The cool breeze on my face - I know now, since you explained when we last spoke, that it is a 'leak' of the facemask seal, so I fiddle with the mask until it seals perfectly on the face.

I'm still superbly thrilled to be able to deal with the terrible heady exhaustion I continually suffered from. I feel like the newly converted - enthusiastically tell others about this elixir of life, to be able to breathe without my windpipe collapsing anymore. It's not a Silver Bullet, I know that, but expect gradual improvement every day. I'm so happy!

I wish to congratulate all concerned at Ventmed for the most outstanding service received throughout my dealings with the company. From the very first phone call, even to taking the trouble to contact my medical aid on my behalf, to the prompt delivery of my cpap machine and to the guidance and follow up and support. Every step of the way was seamless and so professionally done.

Most of all, I wish to say how the kindness and warmth and sympathetic understanding which Allison Clarke has displayed will always be remembered. Surely a fine example of how all companies should be run worldwide!!

May I say that our experience with you was nothing short of spectacular. I have never met someone: so professional, so knowledgeable, so willing to share and answer questions, so good at following up, so good at engaging our medical aid to answer more of our questions, simply just so damn diligent. All I can say we salute you for your service, competence and efficiency.

He is like a new person. I have my Dad back. It is awesome. Thanks for asking

Thanks Allison. Especially for all the time spent yesterday and the professional and informative way you are dealing with this. You are well ahead of your competitors! The only thing I am sorry about is that you don't have available batteries at present. 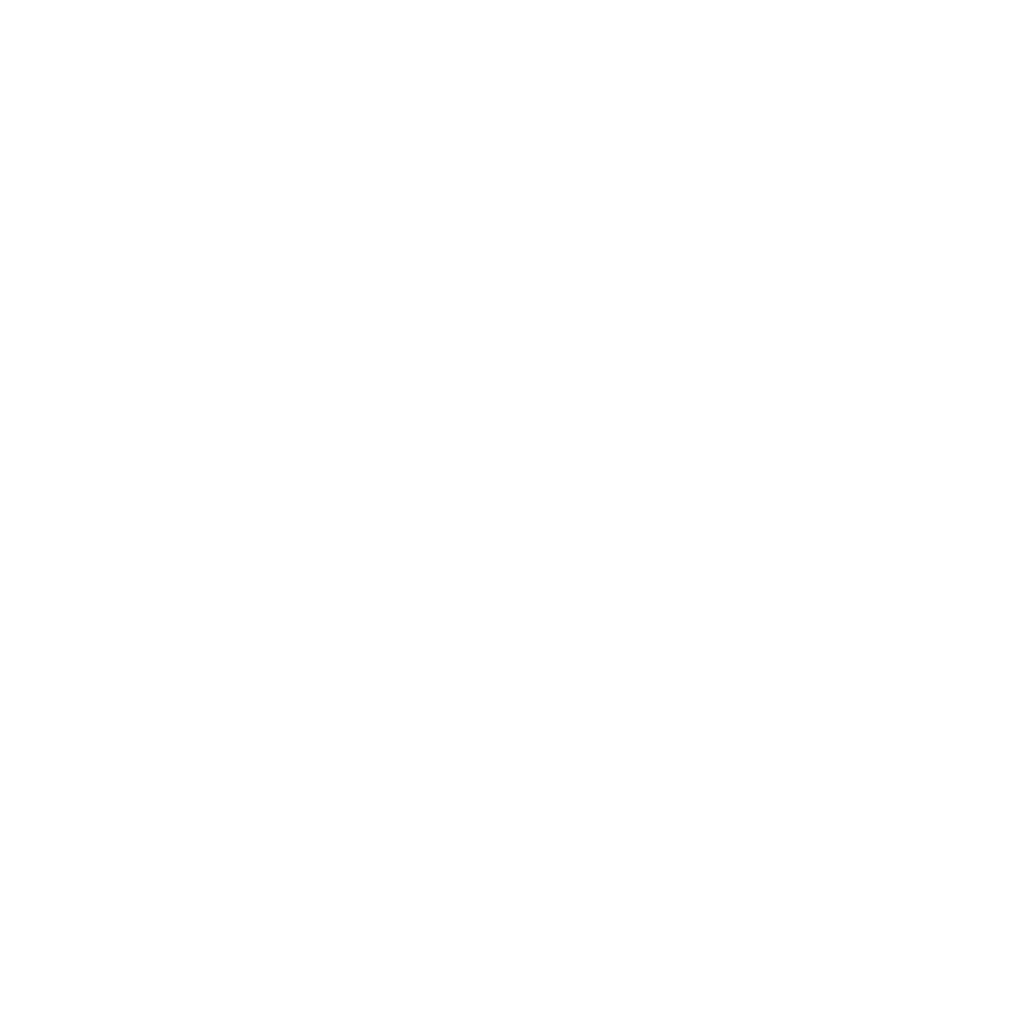 We do not diagnose sleep apnoea or prescribe CPAP treatment.

CPAP has changed my life:

And that’s after I initially gave it up 10 years ago. From being an extremely healthy and fit individual, my health steadily declined, frequent visits to the toilet nightly, repeated flu and sore throat afflictions, and then late-onset asthma. High and low blood pressure issues followed. It was realised the undergoing problem was sleep apnoea. No surprise. Just read up on the symptoms. But even the doctors conceded their patients had difficulties with the machine, as I previously had, and ended up with the equipment discarded in a closet.

I was then put in touch with a CPAP agent (Allison Clarke, Customer Support Manager for Ventmed Africa), a professional who really knows her job. Unlike my previous ineffective experience, she thoroughly explained to me how the apparatus functioned, and the all-important aspect of a full-face mask (nose and mouth) for which I was measured so that it would fit well. She motivated me in a realistic way, with no exaggerated promises or fake claims, emphasising that it could take 6-12 weeks to become thoroughly accustomed to it. I experienced that Eureka moment with that very first night of eight hours uninterrupted sleep for the first time in a decade. No dry throat that very first morning and since – three months later – I am feeling so much better.

Despite that first outstanding night I have experienced some lesser nights but average out at six to seven hours decent sleep with a single toilet interruption most nights. My health has decidedly improved. My doctor remarks that my colour has a healthy glow. Computer readings from the small card inside the CPAP machine (not pointed out to me ten years back) attest to the fact that I have used it for an average of 6-7 hours nightly, and among other factors that my sleep apnoea episodes which were in the 70s per night have significantly reduced often to below 5, which is regarded as excellent.  Allison Clarke credits me with the improvement saying that the key factor is that I have persevered with the mask and persevered with its use.

I respectfully disagree. The secret has been in the professional manner in which she has managed and motivated me for which she has my greatest appreciation. The correct mask is the key, and getting used to it – in which she has brilliantly managed, supported and guided me. Six to twelve weeks might sound long but, like any new instrument, knowledge of what it is all about, coupled with determination and getting used to it makes all the difference. Initially donning the mask feels strange and somewhat uncomfortable at first. There is a tendency to fiddle with it. However, as you become accustomed to it, and settle into the new bed-time routine things settle down and by three months of progress it all becomes second nature. This is a life changer. My mask is my guardian angel. Thank you, Allison. You have given me a new lease of life.

I am prepared that my testimonial be used unaltered and with my name and personal details included, for the simple reason that I wish other apnoea sufferers to benefit from my experience.

PS: Writing six months later I can state that the benefits continue along those very lines I have written. With the Covid-19 pandemic having emerged I thank my lucky stars for the improved health I have been experiencing. In these past months my physical strength and activity has re-emerged, and I have been taking a brisk 45-minute daily walk which I could not have managed before. This has helped me reduce weight as well, which obviously is greatly beneficial.